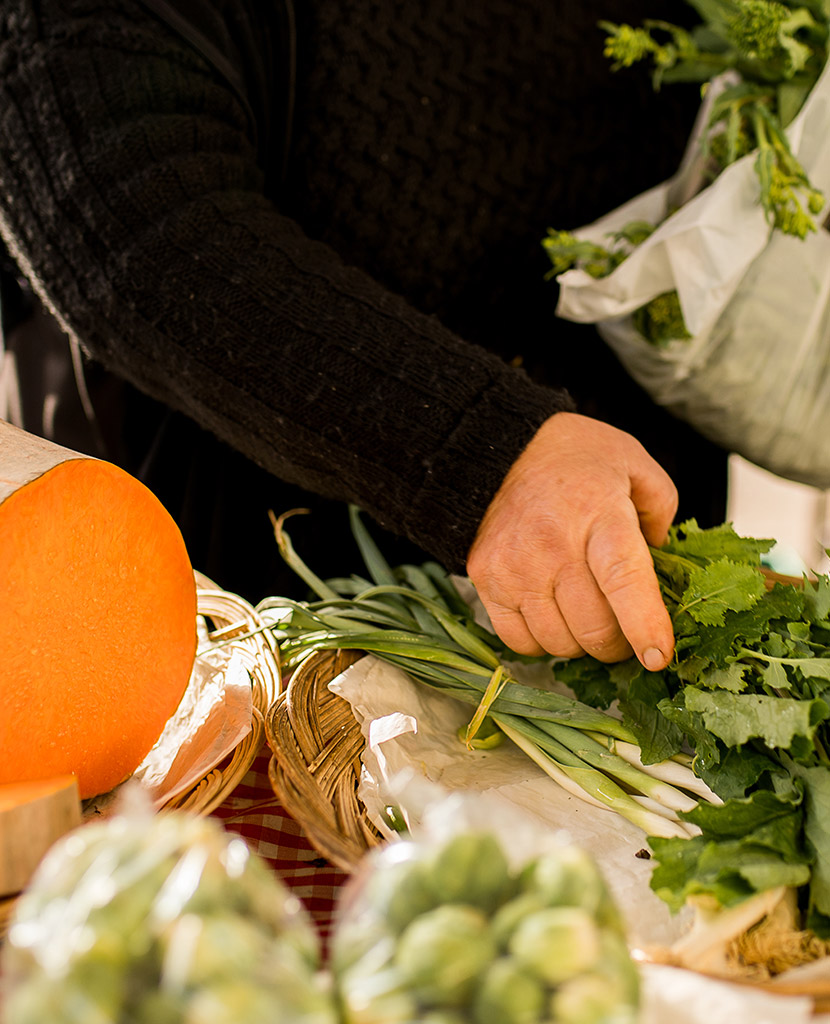 Ordizia Market: a tradition with more than 500 years of history

Since the first mercantile meetings began to be held around the hermitage of San Bartolomé in the 11th-12th centuries, the Ordizia market has been a direct witness to the development of the town itself and numerous anecdotes and events that occurred around it.

One of these events is, without a doubt, the fire that destroyed the town in 1512. As a result of this tragic event, Queen Juana ‘la Loca’ of Castile granted Ordizia “the royal faculty so that it could hold a weekly free market every Wednesday of the year”. It was probably this that gave the market the final push to take hold and continue to this day. With numerous ups and downs in its development, the market was definitively established in the 18th century and the arrival of the train in the 1860s, giving both the market and the municipality a huge boost.

In 1925, in response to numerous needs and requests, the unique concrete structure that still covers the Plaza Mayor was built.

In this way, supported by the weight of its history and tradition, the Ordizia market has become a benchmark for the country’s agricultural products: native fruits, vegetables, Idiazabal cheese and lamb.

Without a visit to the Wednesday Market one cannot say that the very essence of Ordizia has been experienced.

This website uses cookies to improve your experience while you navigate through the website. Out of these cookies, the cookies that are categorized as necessary are stored on your browser as they are essential for the working of basic functionalities of the website. We also use third-party cookies that help us analyze and understand how you use this website. These cookies will be stored in your browser only with your consent. You also have the option to opt-out of these cookies. But opting out of some of these cookies may have an effect on your browsing experience.
Necessary Always Enabled
Necessary cookies are absolutely essential for the website to function properly. This category only includes cookies that ensures basic functionalities and security features of the website. These cookies do not store any personal information.
Non-necessary
Any cookies that may not be particularly necessary for the website to function and is used specifically to collect user personal data via analytics, ads, other embedded contents are termed as non-necessary cookies. It is mandatory to procure user consent prior to running these cookies on your website.
SAVE & ACCEPT